Industrial Tablet PC is a type of industrial control computer. It is an all-in-one machine structure. The host, LCD and touch screen are integrated. With touch function, ruggedness, vibration resistance, wide temperature, rich I / O interface, etc., make it easier and faster for users to communicate, communicate, input, and receive information with the machine. It simplifies work and improves efficiency. It is human. Machine interface best solution. At present, industrial tablet computers have been widely used in self-service terminals, medical instruments, industrial control, automation equipment, telecommunications, electricity, networks, rail transit and other fields.

The resistive touch screen implements touch control through the principle of pressure sensing, and converts the physical position of the touch point (X, Y) in a rectangular area into a voltage representing the X coordinate and the Y coordinate. The resistive touch screen is a thin film and glass structure. The adjacent surface of the thin film and glass is coated with an ITO (nano-indium tin metal oxide) coating. ITO has good conductivity and transparency. When touched, the ITO on the lower layer of the film will contact the ITO on the upper layer of the glass, and the corresponding electrical signal will be sent out through the sensor, which will be sent to the processor through the conversion circuit, which will be converted into the X and Y values on the screen by calculation, and the completion point The selected action is presented on the screen of the industrial tablet. 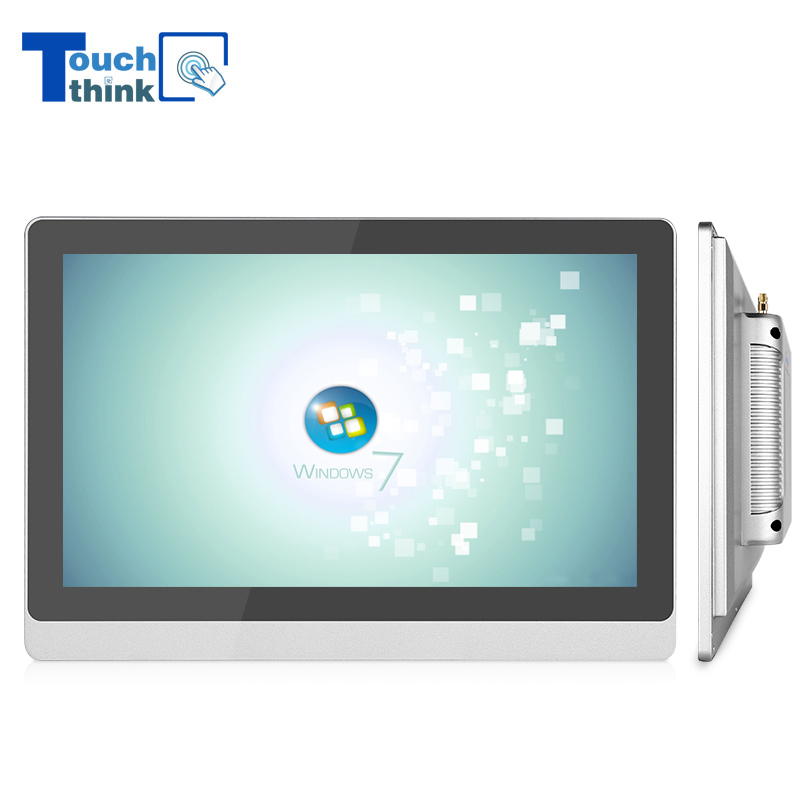 When the two layers of ITO of the four-wire resistive screen work, a constant voltage of 5V is added to each layer: one vertical direction and one horizontal direction.

The base layer of the five-wire resistive screen applies the voltage fields in both directions to the conductive working surface of the glass through the network. It can be understood that the voltage fields in both directions work on the same working surface in a time-sharing manner, and the outer layer of nickel-gold is conductive. The layer is only used as a pure conductor, and the position of the touch point is measured by the method of detecting the X-axis and Y-axis voltage values of the ITO contact point of the inner layer after the touch time division. A five-wire resistive touch screen requires four leads on the inner layer of ITO, and only one conductor on the outer layer. There are five lead wires on the touch screen.

The resistance screen is characterized by high resolution and high-speed transmission response. The surface has high hardness, reducing scratches, scratches and anti-chemical treatment. It can be touched with any object, which is suitable for the field of industrial control. One-time calibration, high stability and never drift.

Pay attention to the following when using: