The Top 100 Most Innovative Companies in Shenzhen 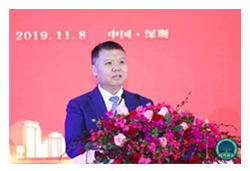 On November 8, 2019, the 20th anniversary celebration conference of Shenzhen Association For The Promotion Of Small And Medium Enterprises and the 6th Shenzhen Top 100 Innovative Small and Medium  Enterprises Award Ceremony opened in Shenzhen Intercontinental Hotel.

the work of the review and evaluation group experts in the early stage of on-site investigation, evaluating to the work report of independent R & D and innovation, technical exchanges with R & D personnel, understanding of the core competitive advantages of products and the future development plan of the enterprise. Among nearly 3000 registered enterprises' application, through strict evaluation procedures, Touch Think has become one of the best representatives of SMEs among more than 2 million enterprises in Shenzhen !Shenzhen Touch Think Intelligence Co.,Ltd (hereinafter referred to as: Touch Think) has won the title of "Top 100 SMEs with Independent Innovation" by virtue of its excellent independent innovation strength! This evaluation activity is a comprehensive evaluation of 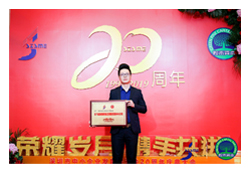 Historical review to the honor

At the beginning of the on-site visit, the delegation was deeply impressed by the complete supporting equipment, professional R & D team and the ability of independent innovation, and fully affirmed and recognized the comprehensive strength of Touch Think. Behind the honor is the unremitting insistence on independent innovation! 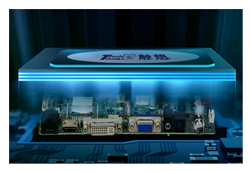 Touch Think gets what it paid

After years of continuous efforts, the R & D team of Touch Think has accumulated more and more technical experience in the design of ID, the structure of customized shell structure, the hardware department with main board drive as the core, the software department with system customization and secondary development, and the test department with product quality as the guarantee. Now, the R & D technology has reached the top level in the industry. At present, Touch Think has won many innovation and patent awards in appearance design, mold development, software and hardware development, process manufacturing and other aspects.

At the same time,Touch Think not only obtains a number of R & D patents, but also has a series of products including J1900, A64, RJ45 drive board, RK3288 and RK3399 industrial main board in terms of product independent R & D and innovation, which has become the unique independent innovation feature of the company, and also an effective embodiment of the company, and become the company's strong market competitiveness.

It can be said that Touch Think is deserved the title of "Top 100 Independent Innovation SMEs in Shenzhen". In the future, the company won't forget its original intention, and continue to focus on independent innovation, continue to further realize and accumulate more characteristic core competitiveness, and make the core independent innovation R & D strength become a more solid competitive "armor" of the company!