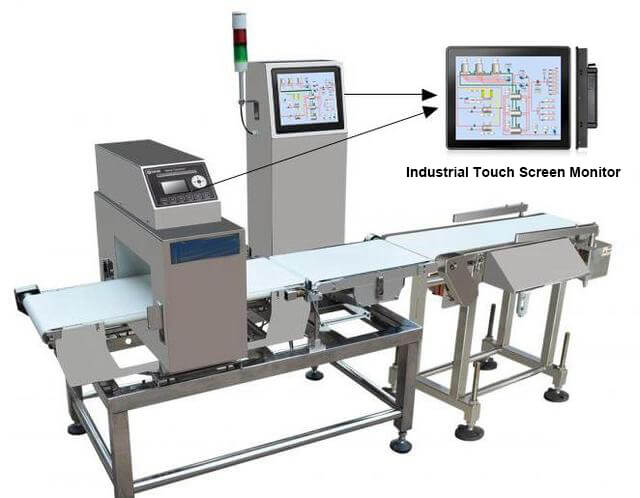 This article would like to share with you the application case of a metal detection machine and weight sorter all-in-one detection system. Using the fusion system of metal and weight can help the user to detect the weight at the same time, and can simultaneously carry out the whole metal detection. It has the features of simple installation, effective saving of workshop space.

As we can see from Figure 1 above, in the whole display system, the industrial touch display monitor, as one of the important components of the console, is the main touch control part of the system.

Generally speaking, most of the industrial monitors in the market still have some disadvantages, such as appearance is not beautiful enough, installation is not flexible, selection of touch screen styles is limited, performance is poor, stability is not high, etc. This year, Touch Think has launched its fifth generation of industrial display solutions for users, aiming at improving all of the above performance.

In terms of appearance, the fifth-generation industrial monitor is based on the advantages of independent mold-opening, the appearance design is more outstanding and the texture is higher than that of the same in industry. The front panel is made of a true-flat glass frame and the backside built-in waterproof strips. The front panel is IP65 dustproof and waterproof. When it is used in detection scenes like flour detection, it will be more protective and convenient for cleaning.

In terms of touch mode, a capacitive touch screen with ten-point touch technology is adopted in the case, which has a zero-delay response and a stronger intelligent operation experience. it can also support resistance touch, non-touch, infrared touch, etc. according to the different needs of users. 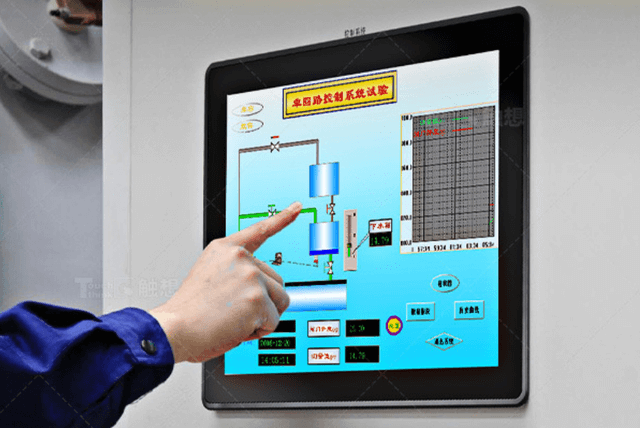 The fifth-generation industrial display adopts the self-developed industrial-grade driving board, and the internal components and wiring layout are in compliance with the industrial-grade requirements, which ensures the long-term stable operation of the detection system, and zero-delay of data display and control.

For the interface, the fifth-generation industrial display supports HDMI, VGA high-definition signal input, and reserves more network ports and signal input expansion interfaces, to support the export of user detection data. The operation history and detection data can be automatically recorded and transmitted to the equipment or saved to the host equipment. It also supports the installation of fault alarm and remote monitoring equipment, so as to realize cross-regional remote monitoring of various plants in different areas of control.

Generally speaking, in the metal & weight detection system, the industrial monitor, as the main control equipment, needs to connect with the sensors in the system, display and save the detection data stably and in real-time for a long time, and support the fault warning function, so as to help the user to improve the product detection efficiency and quality qualification rate.