Industrial touch displays are widely used in laboratories of universities and colleges. It has good anti-interference performance and strong environmental resistance. It can work without obstacles at high and low temperatures. In addition, in recent years, industrial touch displays have also been used in various vending machines because it has a Capacitive Touch Screen that can ensure the stability of work 24 hours a day. In addition, it is also used in some applications in the workshop control cabinet. Through the application of embedded tablet computer equipment, it is faster and more efficient. So what are the advantages of professional industrial touch displays?

What are the advantages of industrial touch displays? 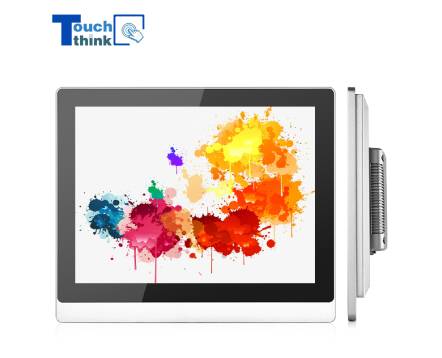 Industrial touch displays have been carefully designed, including multilayer structures, and their image quality should be better. For example, it uses an industrially controlled LED-backlit HD LCD screen. Indoor colors are still excellent, making the screen display effect of the industrial touch screen better.

According to the manufacturer of the industrial touch display, it has a strong waterproof capability and fully meets the dustproof and waterproof standards. When it is installed in the control cabinet, it can prevent water droplets and water vapor from splashing into the scene and avoid affecting the operation of the equipment. In addition, it also has excellent heat dissipation. Many industrial touch monitors are made of aluminum alloy, which is not only beautiful and texture, but also the heat dissipation performance of the product has been improved.

Industrial Touch Display Monitor Supplier stated that many displays have also been used in the bicycle-sharing industry. As a smart and cost-effective display, it has become popular in the industry. It plays an irreplaceable role in various public places, medical equipment, office self-service systems, and industrial automation equipment.

PreviousThe Role of Industrial Touch Display Resolution
NextWhat Should I Pay Attention to When Using and Maintaining Industrial Displays?