Touch screens are “touch screens” and “touch panels”. They are inductive liquid crystal display devices that can receive input signals such as contacts. They are usually combined with liquid crystal displays to form touch display devices. When the graphic button on the screen is touched, the haptic feedback system on the screen drives various connection devices according to a pre-programmed program, and then uses the liquid crystal display to produce audio-visual effects. Mainly used in information query terminal, multimedia teaching, industrial control and other fields. It has the advantages of fast response speed, space saving and easy communication. 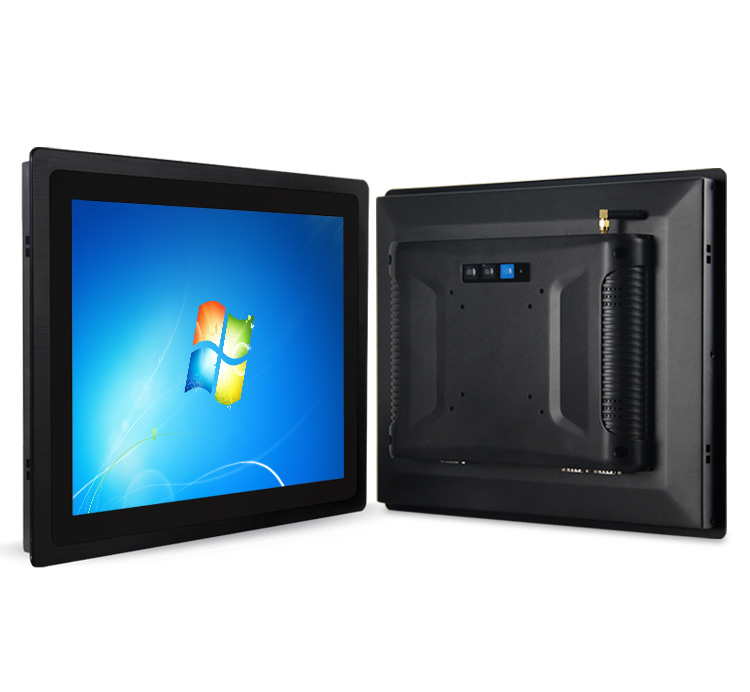 Industrial Tablet PC is an industrial control computer with a display screen. It is an interface for users to communicate, communicate, input and receive information with the machine. It is widely used in communication, self-service terminals, power, industrial automation, smart factories and other fields. It has the characteristics of ruggedness, vibration resistance, wide temperature, multi-slot and strong expandability. It is the best solution for human-machine interface. Compared with touch screens and industrial computers, industrial tablet computers have the following characteristics:

(1)The industrial tablet computer integrates the host, LCD display, and touch screen into one. It has both rugged characteristics and high-performance computing capabilities, which can effectively optimize productivity and production quality.

(3)The front panel is mostly made of aluminum-magnesium alloy die-casting, which can reach IP65 protection level and is durable.

(4)Industrial tablet PCs are mostly industry-specific specifications, not standardized products, so there are compatibility issues between systems. At the same time, the product must meet the customer's special requirements for the working environment, such as temperature, waterproofness, and uninterruptible power system requirements. Therefore, the manufacturer must have considerable R & D, production, testing, marketing and system integration capabilities.

The above is the difference between the touch screen, industrial computer and industrial tablet introduced by Embedded Panel PC Supplier.

PreviousAndroid or Windows System, Which One Is More Suitable For Touch Integrated Machine?
NextAnalysis of Various Touch Technologies of Industrial Tablet