In The Industrial Automation Industry, Resistive Touch Screens Will Be More Popular?

At present, the technology of capacitive touch screen has been continuously improved, and the accuracy and touch experience have also been greatly improved. It has been seen everywhere in all walks of life, especially the most common consumer electronics and mobile phones. Capacitive touch is a must. 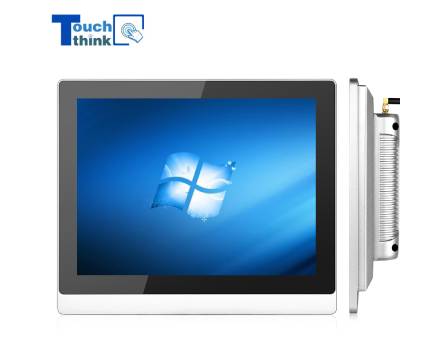 1) Resistive screen, the full name is resistive touch screen, commonly known as soft screen, has only three layers, the inner layer is glass, the outer layer is thin film, and the adjacent side of the thin film and glass is coated with ITO. At the same time, the resistive screen is actually a sensor.

2) Working principle: Simply put, the resistive screen is divided into two layers, separated by a spacer in the middle. When the two layers collide with each other, the current will have an impact, and the chip will respond by calculating the data between the force and the current to evaluate which part of the screen is under pressure. Because the resistive screen needs two layers to collide before it can react.

Reasons why resistive screens are more popular in the industrial field:

1. The industrial environment is relatively harsh, with a lot of dust and large temperature differences. The resistive screen is more suitable for this harsh environment;

2. The resistive screen can be touched with any object, which is suitable for some industrial use scenarios and requires gloves to operate;

3. The accuracy of the resistive touch screen only depends on the accuracy of the A/D conversion, so it can easily reach the 4096*4096 comparison, and the cost performance is higher than that of the capacitive screen.

Whether it is an industrial touch panel computer or an industrial touch display product, when choosing a suitable touch screen, you need to make a choice according to the application site environment. Although the accuracy of capacitive touch has been continuously improved and the user experience has been better, we still recommend that customers use resistive touch screens first to ensure long-term stability and reliability of products in complex industrial site environments.