When it comes to industrial automation, we are familiar with this conception. The manufacturing industry has long been in-depth use of robotic operations to replace the time-consuming and labor costs brought by manual operations. The demand for Android industrial tablet PCs is growing up at present. As an industrial computer manufacturer, it is undergoing a major change to cope with the rapid development of the industry. The products recommended by industrial tablet PC manufacturers can be directly sold whether to be the leader of the industry in the torrent of development ? Here are three applications of Android industrial tablet. 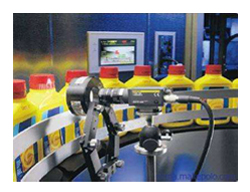 Industrial vision is also widely used in factories. Industrial cameras replace human eyes to detect whether the products sent by conveyor belt have quality problems, which not only saves labor costs but also avoids the detection error caused by artificial fatigue. Industrial vision generally adopts the network interface to connect the camera, in most situations, users use network interfaces designated to Intel chips, and only few need to connect one industrial camera. Sometimes, one industrial tablet needs to connect to several industrial cameras. Therefore, the needs of end users bring difficulties to industrial mini PCs manufacturers, and only through the breakthroughs in technology and the continuous upgrading of industrial control product configuration can the industrial control products manufacturers get fast-growing in this industry.

3D printing is also a new industry emerging in recent years. After continuous technological upgrading, it has been able to print from teeth and gold jewelry to building bridges. In the 3D printing industry, the industrial tablet PC mainly uses USB to transmit command signals to control the operation of the whole 3D printer. The price of the whole 3D printer is high, but the size of the body is not large.

Touch Think, one of the top leading manufacturers of industrial monitor, industrial panel PC, industrial Android tablet PC and mini PC. Growing organically year on year, Touch Think has constantly been at the forefront of new technologies and is recognized as a leading specialist provider of industrial automation, iOT, and smart factory, intelligent manufacturing solutions to the OEM market.